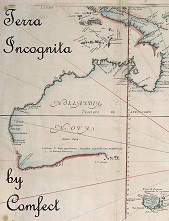 NOW COMPLETE! Jim gets in an accident on June 10, and Pam gets to help. Only AU in that it deviates from main timeline between S2 and S3 (no different worldbuilding premise).

Disclaimer: I do not own the Office or its IP.

[Report This]
Story Notes:
A response to the Hospital and the Larissa challenges, with major debts to Cardiac Care, The Waiting, and way more fics than I can name here. Further disclaimer: I'm not in a medical industry, so there may be errors. I not own the Office, any of its IP, or any of the stories on this site I'm drawing from.

2 (1529 words)
Pam makes it to the hospital and actually meets Larissa.

6 (813 words)
Just a quick one here, lots of things going on in life. Pam tells Larissa some big news.


Sorry for the delay in posting this; I had to rewatch Email Surveillance for the details of Jim and Mark's place. Hopefully I made it up to you with the extra-long chapter.

Pam goes to Jim's apartment to get stuff.


Pam and Larissa talk, and one of them goes home.

Further disclaimer: the Travis lyrics at the end are also not mine.

Note: I changed the previous chapter back into the past tense, since somehow I'd switched into present.

33. June 12: Afternoon by Comfect [Reviews - 2] (536 words)
A brief (half-length) update to remind you all to trust me not to jerk you around: this piece has fluff in the tags, not just angst.


Jim's head, only this time, he's awake. Set at the same time as the previous chapter with Pam, only Jim's POV this time.

43. June 13: Simultaneously with the Previous by Comfect [Reviews - 3] (1221 words)
Jim's thoughts and actions before and after Pam comes back.

50. June 13: Dinner by Comfect [Reviews - 2] (1248 words)
Sorry for the slow updates. I've been trying to decide how to end this, and I think we have this chapter, another one, and then the epilogue to go. Hope you enjoy!