Welcome to IGG!
Welcome to "I got goosebumps" the Karen/Pam fanfic archive. Why settle for JAM when you can have KaPam! 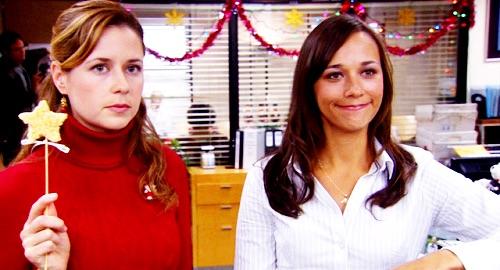 Change is scary take me back!

I Think He Knows by SprinklesTheCat MA
Jim returns to Scranton from Stamford in a world where Karen doesn't exist. Pam wants to pick up where they left off on Casino...
Categories: Jim and Pam, Episode Related
Completed: Yes - Chapters: 7 - Words: 18104

Calm Like You by Basscop69 T
‘He’s not going to use her for a story. He’d known within seconds of seeing her sneak to that garden door like...
Categories: Jim and Pam, Alternate Universe
Completed: No - Chapters: 12 - Words: 61771

a house with a terrace upstairs by tinydundie T
He doesn’t want to be presumptuous but all he’s been thinking about for the past twelve minutes as the car sped away...
Categories: Jim and Pam
Completed: No - Chapters: 2 - Words: 8923

Santa Monica Boulevard by ThePinkButterfly T
There’s something unnerving about the sun still being out, something that makes it all seem a little more serious. Something...
Categories: Alternate Universe, Jim and Pam
Completed: No - Chapters: 3 - Words: 5890

Beauty in Ordinary Things by OfficeWriter K
Sequel to The Other PamJim/Pam relationship centric
Categories: Jim and Pam
Completed: No - Chapters: 30 - Words: 78340

Featured Stories
Give Me Your Hand and Let's Jump Out the Window by unfold T
It's odd that being in love with the same person seems to have brought them even closer together. Pam and Karen the night of the Christmas party. Spoilers...
Categories: Other, Episode Related
Completed: Yes - Chapters: 1 - Words: 2688

Way Number Three Hundred and Twenty-Five by sideviewhotel MA
It's kinda like swimming in the ocean. It's still swimming, but it's a lot different than swimming in a pool. [Spoilers through Benihana Christmas]
Categories: Other, Present
Completed: Yes - Chapters: 1 - Words: 1379

if this is any shape of love by allibabab M
He is the bridge between you.
Categories: Other, Alternate Universe
Completed: Yes - Chapters: 1 - Words: 1255

Something Borrowed by katrina87 MA
Karen decides to see what all the fuss is about when it comes to Pam Beesly. Jim/Pam/Karen smut!
Categories: Jim and Pam, Other, Present
Completed: Yes - Chapters: 1 - Words: 2947

Come into Our Room by sherlockelly MA
Karen and Pam move in together and Pam shares something intersting.Graphic femslash. Like, GRAPHIC. I don't even know where this came from, I swear!...
Categories: Other
Completed: Yes - Chapters: 1 - Words: 3718

Car Troubles by sherlockelly MA
KaPam slash that I am crazy proud of. Complete.Also! I demand more KaPam love from you people! I DEMAND IT! I'm taking away poor precious Jim...
Categories: Other
Completed: Yes - Chapters: 2 - Words: 8113

seeds that make the higher ground grow and multiply by bebitched T
Something draws her eyes upward (magnetic fields shimmer around her in an endless cloud of positive and negative) and catches the corner of Karen’s...
Categories: Other, Past, Alternate Universe
Completed: Yes - Chapters: 1 - Words: 2589

Browse All Featured Stories
Archive News
Announcement: More Than That is now I Got Goosebumps!

It started with a look. It was a dark haired, hazel-eyed salesperson's first day at Dunder Mifflin Scranton. Two seconds around the branch manager and the decision to work here already seemed unwise. But a warm greeting from the reception desk made everything seem better. Her name was Pam, and with her honey curls, bright green eyes, soft laughter, the salesperson couldn't name it yet but it was a feeling like falling.

She bumbled a compliment about Pam's sweater, hoping she didn't sound as nervous as she felt. Pam innocently enough assumed Karen wanted her own cable-knit sweater but Karen was envisioning being wrapped up in that gray one with her.

heir spark was instant and undeniable, but their fate was sealed. Karen would be reduced to the angle of a love triangle, Pam would be denied the relationship she so needed and deserved. But what if there was a place they could live on, and become what there was so much potential to be?

We welcome you to "I Got Goosebumps", formerly "More Than That", the number one place for KaPam fanfiction. While for nearly 15 year our focus was on Jim and Pam, we felt it was time to move on and shift to this exciting couple that Jenna Fischer and Rashida Jones themselves called "adorable." So old friends and new lovers, welcome all to IGG!

Yes, IGG was for April Fool's of course, but there actually is some great KaPam stuff both old and new that we encourage you to read (and if you wanna set the mood you can read it in the KaPam theme )