Ryan
"People keep calling me a "Wunderkind"; I don't even know what that means. I mean, I know what it means, it means very successful for your age."
Other Results: 5 Off-site Recommendations, 175 ePub eBooks, 3 Series
Stories
Honesty by enormousmonsterbaby Rated: MA [Reviews - 19]

12
Summary: Another AU Jam love fest with twists and turns.  Jim gets a promotion and falls for the new receptionist, who comes with secrets and baggage.

Jim enjoys a quiet meal at his grandfather's Poconos cabin when a curly-haired stranger named Pam comes by.

Inspired by A Quiet Place. 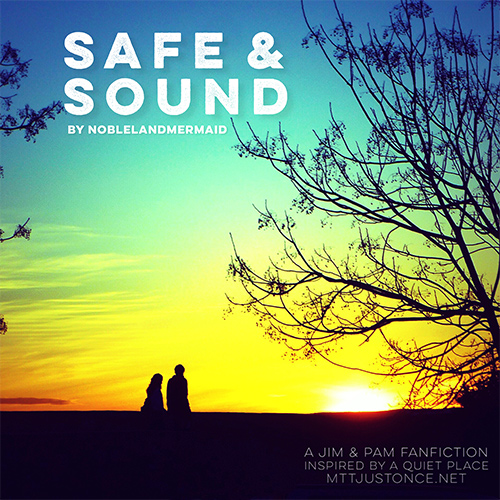 The summer she calls off her wedding, she spins a little bit out of control.

An AU that could be considered canon if you drink enough wine and squint your eyes just so.

An arrest. A trial. A prison cell.

Jim and Pam fight to keep their hopes alive, while Dwight tries to uncover the truth.

Disclaimer: I don't own the Office at all.

After a crappy five-year reunion of your high school graduating class, Ryan coerced you into coming to his apartment, taking shots, and playing Star Fox 64. Normally you could flatten Ryan no problem—you still had the high score, even though you hadn’t played on his console or cartridge in about four years. And normally, you get to Venom with no problem.

But maybe the shots were making you see double—you only remember four members in Star Wolf, not the six or eight or whatever that kept flashing across the screen. And the somersaults—you began to think “What the heck?” along with Wolf as you desperately oriented yourself after each one. And whenever you face Star Wolf, there are a crap ton of somersaults.

After the events of beach day, Pam decides that desperate times call for desperate measures. She only has three days before Jim has his big job interview and she's got to do something to show him why he should stay right there in Scranton.

Just a sexy AU about how the time could have been different.

Spoilers from season 3 especially Beach Day and The Job.

A MILLION THANKS TO LADAMA FOR THE STORY ART. It's amazing and so are you.

8
Summary: She’s been wondering if he ever thinks about her, or when he does, or why. She wonders when she'll stop thinking of him in this way, or if she ever will, or if she'll ever find out what his lips feel like. She’s thinking about this as she’s getting ready to leave at the end of a long work day, when the phone rings. And it’s him.
Categories: Alternate Universe, Jim and Pam, Present, Episode Related
Characters: Jim, Jim/Pam, Pam, Ryan
Genres: Angst, Fluff, In Stamford, Oneshot, Romance, Travel, Workdays
Warnings: None
Series: None
Chapters: 1 Table of Contents
Completed: Yes Word count: 883 Read Count: 1809 ePub Downloads: 0

3
Summary: Fantasy set in Seasons 2 &3 to celebrate Valentine's Day. If the hints I've dropped in the first chapter are not enough to cue you in about what is going on, keep the date in mind. In any case, all will be made clear soon enough (I hope)

It's weird. Ryan never struck her as a friend. To anyone, really. It's a surprise.

2
Summary: She squealed in delight, forgetting just for a second about all the atrocities that had been committed against her. Kelly-fic.
Categories: Present, Other
Characters: Kelly, Other, Ryan, Ryan/Kelly, Toby
Genres: Angst, Drama, Humor
Warnings: Adult language
Series: None
Chapters: 1 Table of Contents
Completed: Yes Word count: 3367 Read Count: 1722 ePub Downloads: 0

15
Summary: Set during Season 4, Dunder-Mifflin Infinity episode. After all they've been through to become a couple, Pam and Jim are surprisingly angst-free once they are together. Here is why that is...along with a little secret Pam was keeping about when they first got together. Short, sweet and fluffy.
Categories: Jim and Pam
Characters: Dwight, Jim/Pam, Ryan
Genres: Fluff, Humor, Romance
Warnings: Adult language
Series: None
Chapters: 2 Table of Contents
Completed: Yes Word count: 3498 Read Count: 4688 ePub Downloads: 1

7
Summary: A series of some really warped 55 word stories that I wrote to keep myself and others sane.

Set at the beginning of S5.