In different places and different times, Pam meets Jim, and these meetings change both their lives. 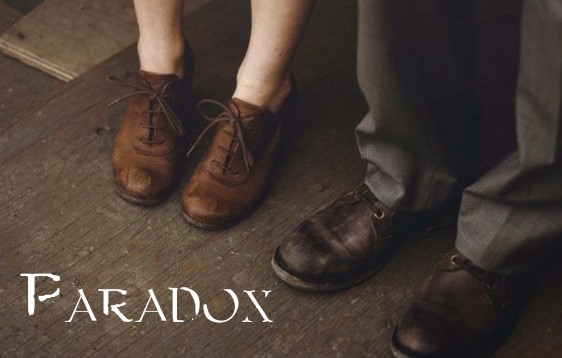 62 New!
Summary: "Make music with the chatter in here
And whisper all the notes in my ear."
-Oviedo -- Blind Pilot

starting with Jim's side of the story leading up to the original ending, and then following Jim and Pam, their kids, and their life in Paris. New conflict will arise, new stories will be told, and new perspectives explored.

The night is cold, but hands are warm. 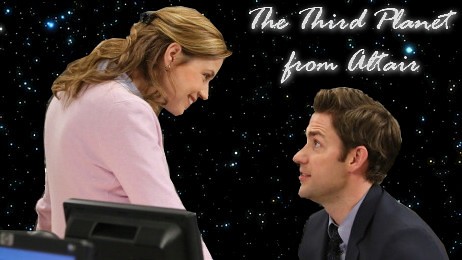 Sometime in the distant future, the UN intercepts a message from a planet sixteen lightyears away. You, Dr. Jim Halpert, are one of the world’s leading anthropologists, specializing in interspecies communication. You have been chosen to make the journey to the source of the message, the third planet from the star Altair. Along with you are captain and veteran astronaut Michael Scott, engineer and astronaut Dwight Schrute, and cosmologist Dr. Pam Beesly. With ten possible endings, choose your own story as you travel through the galaxy, and maybe find love along the way. Inspired by a Choose Your Own Adventure™ children’s book of the same name by Edward Packard.

A look through a yearbook has Pam in tears. Set in the future.

A tale of motherhood, fatherhood and teenagers, goodbyes and new beginnings, reunions and memories and a visit to Schrute Farms.

What if Jim didn’t forget his umbrella?

An alternate look at season 9.

12
Summary: He wondered where she was. Was she thinking of him too or was she cuddled up into Roy’s side making fun of him and his stupid big mouth that couldn’t keep shit in? He didn’t think she could be that cruel, but now he felt like he didn’t know her.
Categories: Jim and Pam, Episode Related, Alternate Universe
Characters: Jim/Pam
Genres: Angst, Drama, Dream/Fantasy, Drunk Pam/Jim, Hurt/Comfort, Inner Monologue, Oneshot, Travel
Warnings: Mild sexual content, Other Adult Theme, Possible Triggers
Series: Country Songs
Chapters: 1 Table of Contents
Completed: Yes Word count: 5267 Read Count: 1037 ePub Downloads: 0

107
Summary: “Karen, I don’t even have his phone number. It’s been four years since we last saw each other. When we broke up.” Pam emphasizes this last part as if Karen needs the reminder of her best friend’s personal history. “It’s not like… Look, I’m not going to fall in love with him again.”
Categories: Jim and Pam, Alternate Universe
Characters: Ensemble, Jim/Pam
Genres: Drama, Fluff, Humor, Inner Monologue, Romance, Travel, Weekend, Workdays
Warnings: Adult language, Mild sexual content
Series: None
Chapters: 12 Table of Contents
Completed: No Word count: 99928 Read Count: 23259 ePub Downloads: 25

15
Summary: It's 2019 and Jim, Pam and the kids are shipped off to Australia for a three week luxury cruise on Athlead's behalf. Add into the mix Jim's beautiful new secretary, the man Pam can't seem to stop running into and two jet lagged children and we're in for a ride.
Categories: Jim and Pam, Future
Characters: None
Genres: Travel
Warnings: Moderate sexual content
Series: None
Chapters: 3 Table of Contents
Completed: No Word count: 17543 Read Count: 1569 ePub Downloads: 3

She leaves Phyllis’ wedding reception with Roy and unbeknownst to her the last remnants of her friendship with Jim up and follow them out the door.

9
Summary: Set after The Secret in S2, Dunder Mifflin Scranton embarks on a week-long retreat at a nearby campsite. Jim and Pam are forced to share a cabin, as well as dealing with the consequences of Jim's confession that he 'used to' have a crush on her. What'll happen?

Also, after John Krasinski got his muscles (I use the word 'got' lightly, since there was clearly a very long and rigorous process involved that I completely respect), he made a joke saying that he also had muscles on The Office. I know this wouldn't have been the case, but part of me likes to think this is canon, if you get what I mean :)
Categories: Episode Related, Jim and Pam
Characters: Angela, Dwight, Ensemble, Jim/Pam, Michael
Genres: Steamy, Travel
Warnings: Explicit sexual content
Series: None
Chapters: 1 Table of Contents
Completed: No Word count: 2128 Read Count: 1641 ePub Downloads: 0

Like many high school sweethearts, Jim Halpert and Pam Beesly were sure nothing could ever break them up. And, like many high school sweethearts, life after graduation proved too much for their relationship to bear and they ended up going their separate ways. When their paths cross again 10 years later, old feelings are stirred up, but will Pam and Jim have a second chance at first love?

He's scared to face his future. She's struggling with her past. Two brokenhearted strangers. One night in New York City.

Inspired by Before We Go 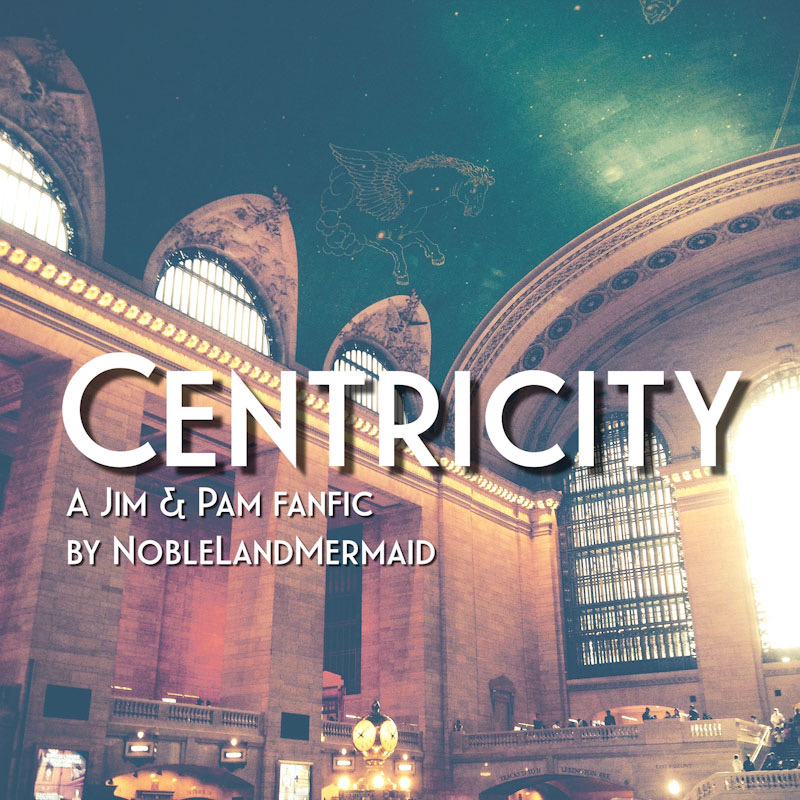 3
Summary: Jim and Pam celebrate their 10th anniversary with a romantic trip to Jamaica. Many wrenches are thrown into their plans but they wind up only bringing Jim and Pam to a new level of intimacy. Contains loads of smut. Not for the faint of heart.
Categories: Jim and Pam, Future
Characters: Jim/Pam
Genres: Drunk Pam/Jim, Fluff, Romance, Steamy, Travel
Warnings: Adult language, Explicit sexual content, Other Adult Theme
Series: None
Chapters: 2 Table of Contents
Completed: No Word count: 6458 Read Count: 2803 ePub Downloads: 0

On a road trip, Jim's memories keep him company.

Memories take place throughout Jim and Pam's relationship, from friends to husband and wife (pre- to post-series), but they are framed by events that occur during the Texas period (post-series).

Important note: The author has chosen not to make use of all available warnings. However, one warning does apply to this story, but has been omitted to avoid spoiling readers for a major plot point and story theme. This warning applies for Chapter 10. This note/reminder will be repeated at the beginning of that chapter.